Risque ZérO, a collective production for a big top premiered in 2008.

They toured for 6 years and performed the show over 250 times in all parts of France, Europe and worldwide. After 6 years of living together (big top = caravans = living together), Seb A, Jonas, Lucho, Seb W, Moïse and Elice were looking forward to performing with other people while "staying at home".
For that reason, Galapiat Cirque currently supports 9 productions (a little more than one production each).

(Step by step, Galapiat Company gets bigger and becomes Galapiat Cirque Association until 2015 when it was transformed into a cooperative (General interest co-operative - SCIC). 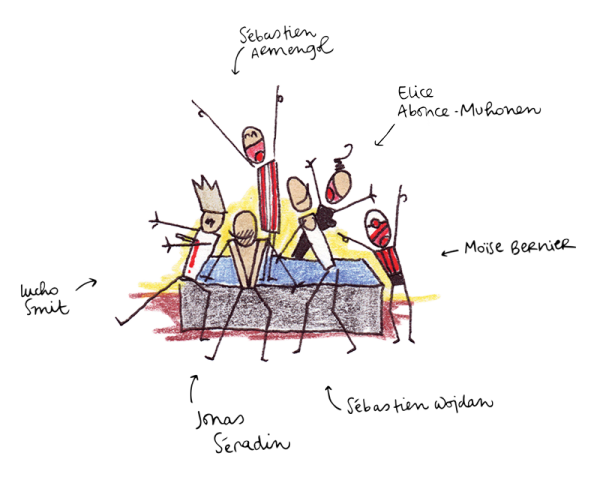